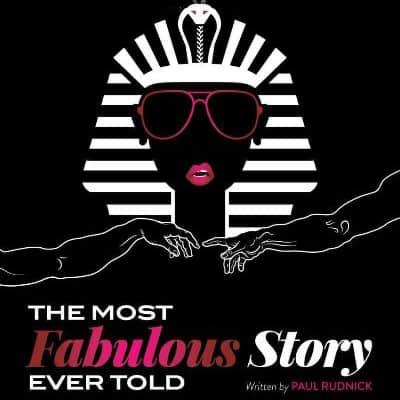 – Judy Garland, “Have Yourself a Merry Little Christmas”
(Hugh Martin/Ralph Blane), Meet Me in St. Louis (1944)

I think it’s finally happened, dear reader. After the many, many, many times I’ve said that I just flat-out hate Christmas (seriously, hit the “Christmas” tag below and observe my rage), I think… I think I might actually be starting to like it. I mean, the things that pills me off still piss me off – the garish consumerism, the forced “joy”, the inability to wait until after Thanksgiving to start with the red & green, and all the fucking pumpkin-spice – but I think may have developed something akin to Stockholm Syndrome for Christmas.

Just the other day I made a playlist consisting of Donny Hathaway’s “This Christmas”, Kanye West’s “Christmas in Harlem”, Wham!’s “Last Christmas”, and that Mariah song (you know which one). I wasn’t forced to do it or anything, I just wanted something new to listen to as I took BART into The City. As I was there, I went to Union Square see the ice rink. It was pretty bare, what with most of the area blocked off ‘til the Xmas tree goes up. I think I had a Charlie Brown moment where, yeah, all that gauche shit is still there, but that’s not all there is. Trying to counter the forced joy with endless cynicism didn’t make me feel any better. I’ve found myself naturally embracing things I genuinely like about this super-cold season without a hint of irony.

Having said that, I’m a born San Franciscan who knows how to enjoy taking the piss out of all this holly-jolly horseshit. There’s a reason my favorite Christmas movie is Gremlins, for Christ’s sake. So, if you were to tell me that folks I know were putting on a Christmas show that was super-campy, super-sweet, super-cynical, and super-duper Gay, then I’d be duty-bound to go see it. But where, oh where, would I find such a show in San Francisco of all places?

This is a stage show. I don’t just mean that in the obvious way, I mean this show starts with a Stage Manager character (Cheryl Games) calling out lighting cues. (When I saw the show opening night, the SM was so convincing that a woman behind me shouted “You left your mic on!” When that woman realized it was part of the show, she said “Ohh…” in such a late-on-the-uptake tone that I had to fight back laughing.) As those of us in theatre know well, stage managers are all-powerful. So, this makes light happen, makes creation happen, makes the Earth happen. And since every stage needs a cast, we get Adam. But solo shows are often pretentious as hell, so Adam is joined by Steve. Adam & Steve frolic and fuck, until some hecklers in the crowd convince them to leave their lovely little Garden of Eden. It’s then that they meet Jane & Mabel, claiming they were actually the first two on the scene.

So… yeah. This show is a lot. A whole lot. I haven’t even mentioned the conceited pharaoh, the great flood, or the immaculate conception. There’s so much eventually it does get to be too much. Both acts of Paul Rudnick’s script have an infectious momentum and a delightfully snarky wit (after leaving Eden, Jessia Lim’s Jane explains she chose to wear clothes not out of shame, but because she “need[s] pockets”), but Rudnick seems so caught up in that momentum that he didn’t know when to stop. Each act could have dropped a good ten-or-so pages at the end and it would have only been for the better. As it stands now, the show is 2 ½ hours that really becomes noticeable Add to that the hard-left dramatic turns each act takes and we’re left with a high-energy script that twice overshoots and overstays its welcome.

Having worked with a lot of them before, I’ll try to limit my comments to those whom I don’t know. The last time I recall seeing Max Seijas was when he played an obnoxious wizard-in-training. That’s a far cry from twink version of Adam that reminds one of Elmo, but Seijas’ enthusiasm serves him well. Also served well is curly-haired Antonia Blumberg as tree-hugging first-woman Mabel. He method of spoiling hunts by setting animals free is the right balance of adorable and annoying. Earlier this year, I saw Byron Guo as a young man terrified of telling his mother how much he loved Queer Eye. One can only guess how that dude’s mother would have felt about her son as a bartending, hard-boning rhino. And I have no idea where Zoe Chien has been hiding, but her performance as the gratingly peppy Cheryl from Utah practically steals the show.

Not to be forgotten, Christian Heppinstall’s set has more secrets than its nearly-bare appearance would suggest. It’s soon adorned with childlike bushes for Eden and smorgasbord of decorations for Adam & Steve’s apartment. Beth Cockrell’s lighting work isn’t immediately apparent, but the subtle spots for everyone’s soliloquys really makes a difference. And, having mentioned jockstraps and Christmas sweaters ad nauseum, it’s only fair to let you all know that Hal Dubiel is the one responsible for it all.

I’ll say this for the show: it’s highs outweigh the lows. For the most part, it does well at stuffing itself like the champ of a hotdog-eating contest, but eventually the gorging becomes too much and it collapses under its own weight. Nevertheless, it mostly played well to this cynical bastard who’s just now trying to get used to this “liking Christmas” thing in adulthood. Given that Most Fabulous Story… plays its affection sincerely as it slaughters sacred cows, it’s a good transition step for me.

That doesn’t mean it’s perfect, but what would Christmas be without that one gift you just had to nitpick?

The Most Fabulous Story Ever Told is scheduled to run until the 14th of December on the mainstage of the EXIT Theatre in San Francisco.
The show runs roughly 2 ½ hours with a single 15-min intermission.